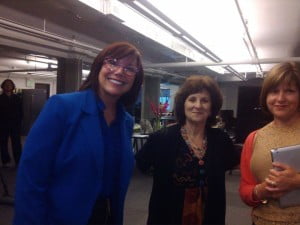 The Webseries, NEXT, that I’m producing with two other women, and acting in is about a Silicon Valley start-up created and led by women (of a “certain” age)  and what happens when left to their own devices!!  Lots!  We, the producers and actors are filming our kickstarter video in these pictures.

I’m so  excited and proud to be working on this project for many reasons, but in particular, because there are so few projects out there for women, and which are led by women, in the entertainment industry, as well as so few women in the tech start-up world.  We are doing both.

In the tech world, women are ” catching up” according to Karen E. Klein in http://www.businessweek.com/articles/2013-02-20/women-whoruntechstartupsarecatchingup.  ” Women-led private tech companies are more capital-efficient, achieve 35% higher return on investment, and, when venture-backed, bring in 12% higher revenue than male owned tech companies.”  You go girl!

According to research done by http://www.thegeenadavisinstitute.org of the Geena Davis Institute on Gender in Media, females encompass 50% of the population in the U.S. , yet only 1 female per 3 males is portrayed in family films- which is the same statistic as in 1946!  No progress there.  Females are not represented equally behind the scenes either.  In their study, only 7% were directors, 13% writers, and 20% were producers. So, only 1 female per 4.8 males!!  I’m not even addressing the type of roles given to females vs. males.  WOW!! Astounding to see these figures!! 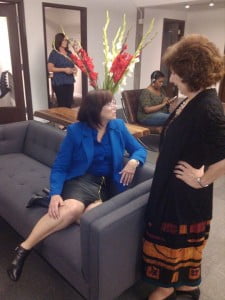 We have work to do ladies…and gents!  Every step counts to nudge progress forward.  Geez, we aren’t living in 1946 anymore.  Women are skillful and very capable, which is why I’m so fired up about this show!  We would greatly appreciate any help in moving this project forward by taking that step with us!

Our kickstarter campaign is at: https://www.kickstarter.com/projects/864042368/next-the-web-series

← WHAT WOULD YOU DO ‘NEXT’ IF YOU WERE WITHOUT YOUR DEVICES??
LEARNING TO ASK for NEXT →

2 Comments on “NEXT Women” 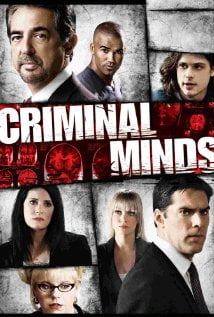 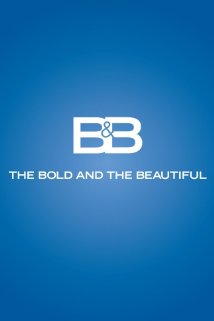